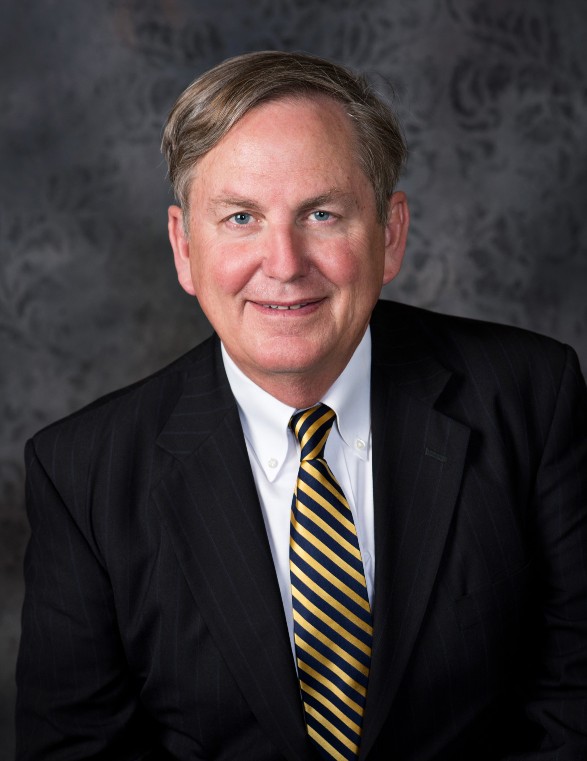 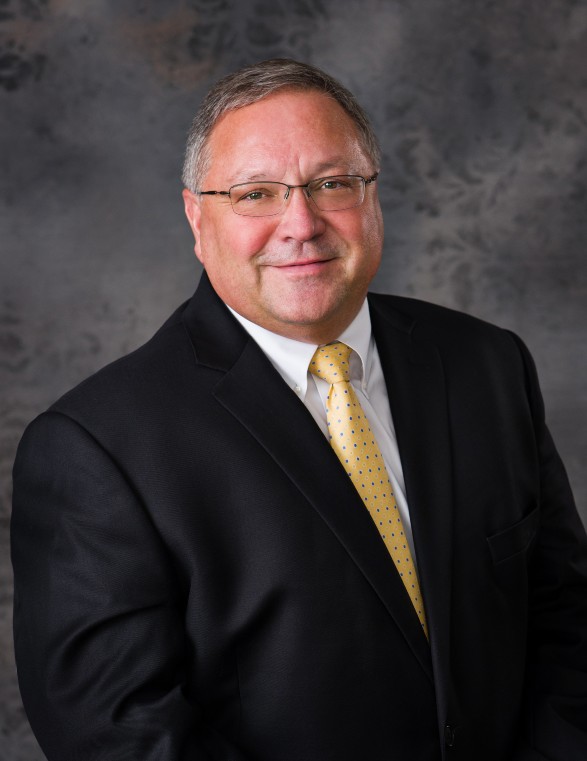 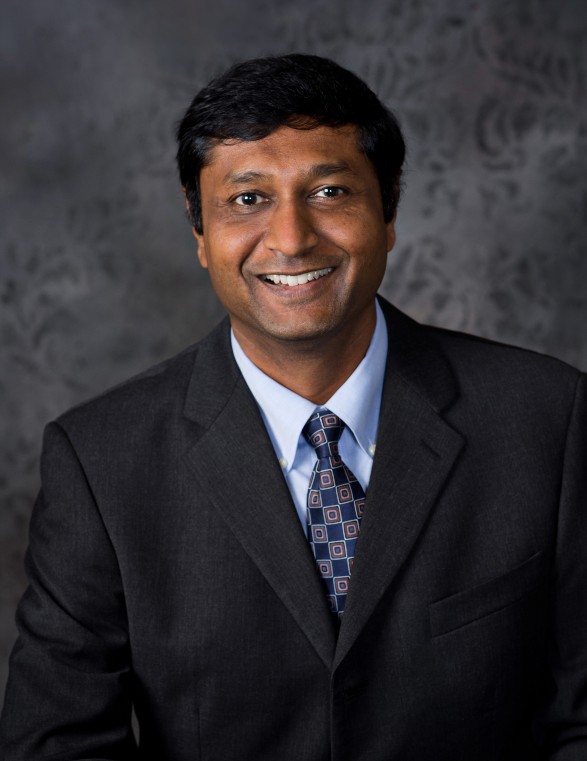 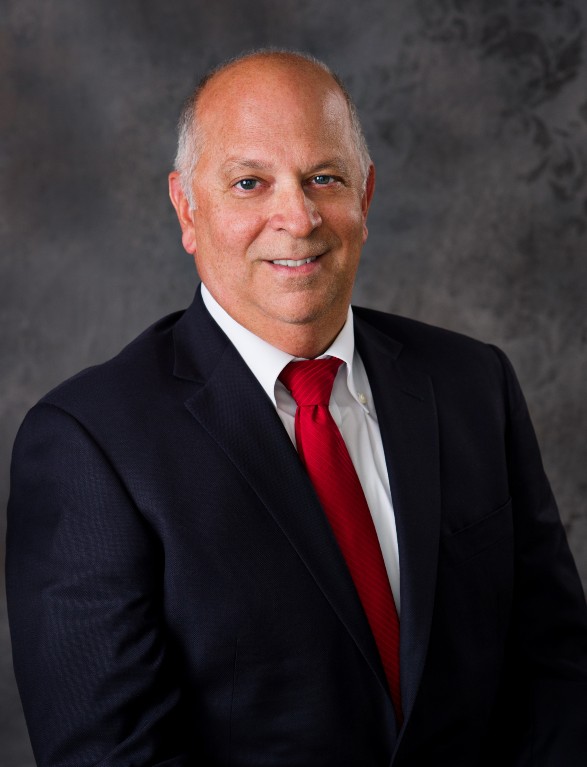 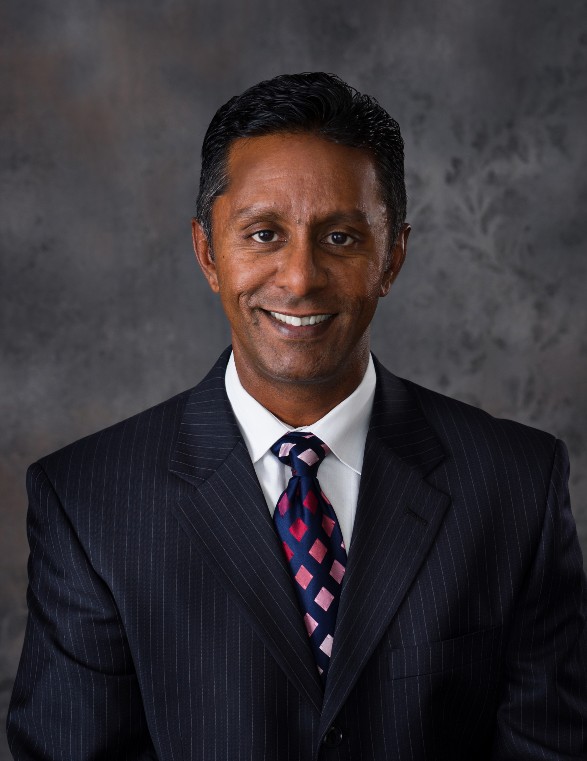 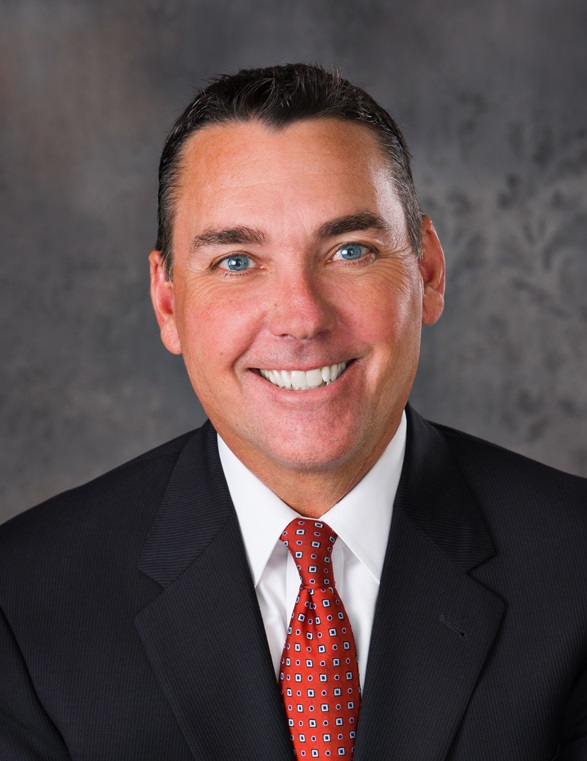 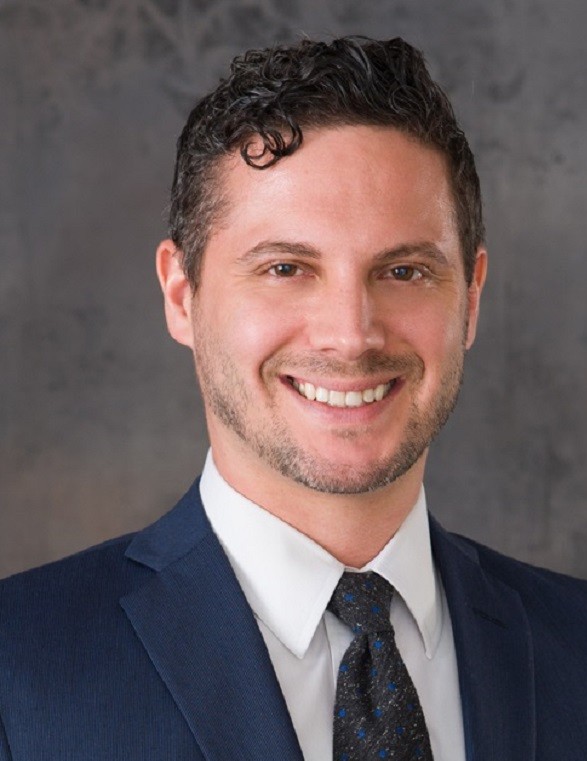 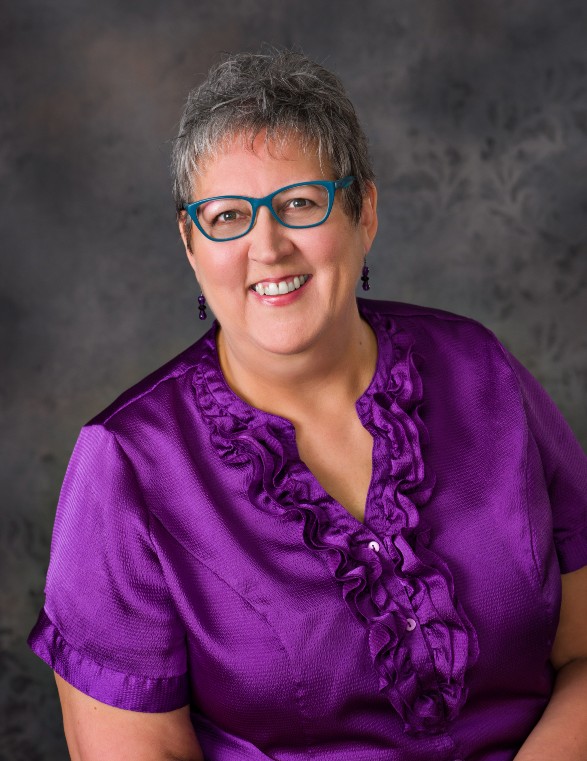 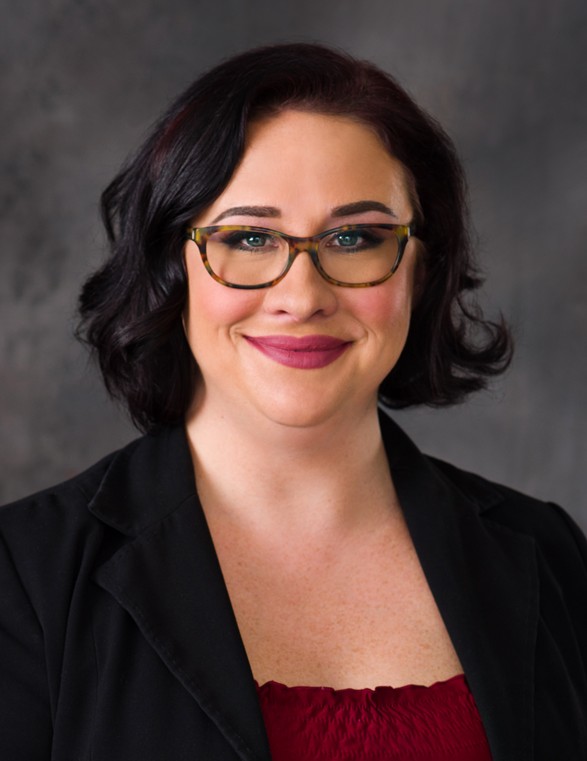 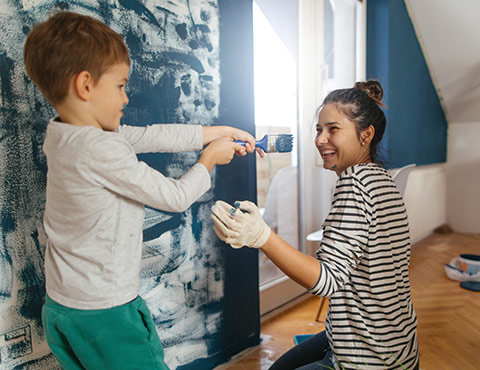 Let's get you moved in

We're ready when you are! Contact us today to get your mortgage loan started.
Explore Mortgage Loans 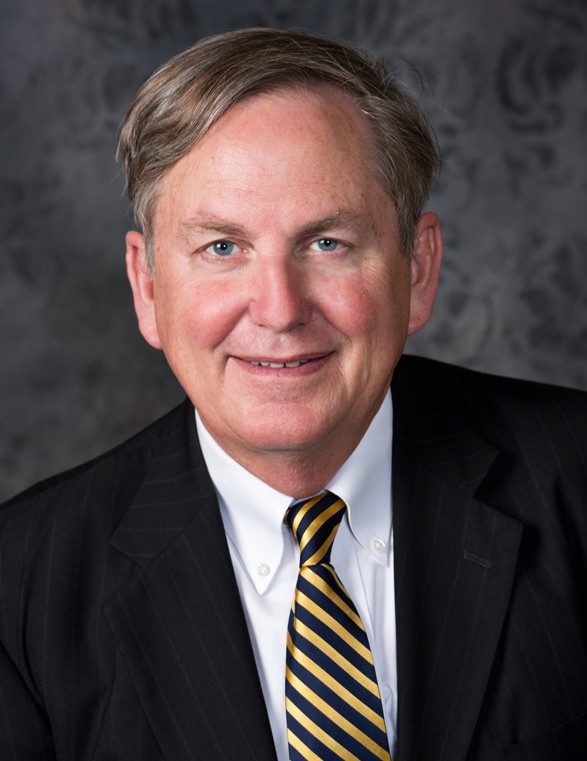 jthompson@centralbankfl.com
813.549.4201
Mr. Thompson is a Florida native. He graduated from the University of Florida with a Bachelor’s Degree in Economics, and also holds a Master’s Degree in Business Administration from Pepperdine University. He attended the National Commercial Lending Graduate School and the Stonier Graduate School of Banking. He served as a Commissioned Officer in the United States Army prior to beginning his banking career, which now spans 40 years. He understands banking at every level, from loan origination to underwriting, market expansion, product development, wealth and treasury management, and client service. His banking experience includes service with Barnett Bank, SunTrust Bank, American Momentum Bank, and an independent Community Bank in Georgia. He has served in such diverse roles as President & CEO, Chief Lending Officer, Chief Credit Officer and Line of Business Manager. John believes in community service and has served as a board member of the Chamber of Commerce, United Way, American Heart Association, Rotary Club (Paul Harris Fellow), Downtown Development Authority, Habitat for Humanity and Georgia Council on Economic Education.  He presently serves on the Florida Bankers Association (FBA) Board of Directors and is also member of the BankPac Committee, a statewide, bi-partisan, non-profit political action committee organized by members of the Florida Bankers Association.

dedgar@centralbankfl.com
813.549.4210
David L. Edgar, CPA, joined the Bank in July 2021. Mr. Edgar received his Bachelor of Accounting degree from the University of Alabama. Mr. Edgar earned his Certified Public Accountant certification in Georgia. Mr. Edgar has served the banking industry for 37 years, primarily in the executive management of community banks in Georgia and Florida. He has held roles of President, Chief Operating Officer and Chief Financial Officer in 8 community banks. He recently held positions at Anchor Bank, Palm Beach Gardens, OptimumBank, Fort Lauderdale, FirstCity Bank of Commerce, Palm Beach Gardens and Community Southern Bank, Lakeland. His experience also includes over 10 years of public accounting and consulting experience, primarily in the community banking environment. He also believes in supporting the community and has served on the Board a charitable daycare and as Treasury for the Lakeland Rotary Club and Palm Beach Alabama Alumni Association.

nileshpatel@centralbankfl.com
813.549.4217
Nileshkumar C. Patel, CFA, is a founding director of Central Bank, having first been elected to the Board in 2007. Currently Mr. Patel serves as an Executive Vice President - Chief Risk Officer (CRO) and Information Security Officer (ISO) of Central Bank. Mr. Patel is one of the principal organizers of Central Bank and has held a number of positions in development and implementation of software systems, and has been involved in the hospitality industry. He also owns retail centers, medical offices, commercial land, and commercial rental properties. Previously he worked as a project manager for Institutional Brokerage division at Susquehanna International Group (SIG) in Philadelphia. He has over ten years of Intellectual Technology experience and is a Certified Financial Analyst. He has an MBA in Finance from Temple University, a BS in Electrical Engineering from S.P. University in India, and a majority of course work towards an MS in Software Engineering from Penn State University. Nilesh was an Adjunct Faculty in the BS in Banking at St. Petersburg College from 2008 to 2011. He is a graduate of Florida School of Banking in Gainesville in 2007. In 2009 and in 2017 he also attended CenterState Bank Bond School.

skohler@centralbankfl.com
813.549.4211
Scott Kohler has been with Central Bank since it opened in 2007. He graduated from the University of Pittsburgh with a Bachelor’s Degree in Economics and has lived in Florida since 1999. Scott has been in the financial services and banking industry for 25 years. His banking experience includes service with First Citrus Bank, First Commercial Bank, SunTrust Bank and SouthTrust Bank. Scott’s background includes all types of lending, from consumer and commercial to SBA and USDA loan guaranty programs. He is active in the Carrollwood Kiwanis.

asabapathy@centralbankfl.com
813.803.7564
Anand Sabapathy has lived in Florida since 1998. He has over 25 years in the residential lending and consumer finance industry. His banking experience includes service with JP Morgan Chase, Wells Fargo and Pilot Bank. He has an extensive background with all types of residential lending including conventional, government, construction and renovation financing. He attended school at Ohio State and graduated with a Bachelor of Business Administration degree in Accounting and Business Law. He is a member of NAHREP and is involved in several Realtor associations.

rmontgomery@centralbankfl.com
813.803.7567
Rob Montgomery has lived in the Tampa area since 1992. Rob has been working in bank management and financial services since 1987. His background has been primarily with Community Banks in the Tampa Bay market focusing on providing concierge banking services to small businesses and high-net-worth individuals. Rob graduated from the Florida School of Banking at the University of Florida in 1996. Rob and his family have resided in the New Tampa/Wesley Chapel area since 2001. He is a member/board member of the Rotary Club of New Tampa.

samatuccio@centralbankfl.com
Phone: 813.803.7571
Fax:      813.994.6251
Scott Amatuccio is Senior Vice President and Chief Credit Officer at Central Bank. He has over a decade of banking experience consisting of senior roles in commercial credit management and lending in conventional as well as SBA. Prior to joining Central Bank, he spearheaded the startup and growth of an SBA Department for a $500 million community bank based in Central FL. He is formally credit trained, and has extensive experience in government-guaranteed lending including SBA and USDA. He was born and raised in Upstate NY and earned a bachelor’s in Business Economics from the State University of New York at Oneonta in 2006 and an MBA from Chatham University in Pittsburgh in 2008. Florida has been his home since 2010.

Debra Brown (Debbie) joined the Bank in August 2021 as SVP/Head of Compliance & BSA Officer.  Debbie is originally from Oklahoma, and has lived in the Tampa Bay area since 1985.  She graduated from the University of Oklahoma with a Bachelor’s Degree in Business Administration.  She completed the Human Resources Certification Program at the University of South Florida, as well as earning the Certified Regulatory Compliance Manager and Certified Risk Professional designations.  Ms. Brown brings over 35 years of bank loan operations, regulatory compliance, BSA, training, and internal audit experience both as a Bank Officer and external consultant.  Her experience includes de novo banks, community banks, and large regional institutions including service in banks in Oklahoma as well as First Florida Bank, Pinellas Community Bank, SunBank of Tampa Bay, The Bank of Tampa, Orion Bank, and Platinum Bank in Florida.  She has also provided outsourced compliance and audit services as a Senior Manager at Jon Campbell & Associates, Focus Audits, and Pearigen & Associates.  She previously served on the Board of Directors of the SunCoast Bankers Compliance Association for 20 years, as a volunteer with the Guardian Ad Litem Program in Hillsborough County, and with the Youth Group of the former Wellspring United Methodist Church.  When not spoiling her 2 “girls” - chiweenies Angel and Sweet Pea, she is an avid sports fan and loves her Oklahoma Sooners, Tampa Bay Rays and Tampa Bay Buccaneers.

meghann@centralbankfl.com
Phone: 813.549.4216
Fax:      813.929.4427
Meghann Olds is Vice President and Director of Human Resources at Central Bank. She has over 15 years experience working in Human Resources, over 10 of them being in Banking. She worked for a large regional community bank (The South Financial Group) that was later acquired by  TD Bank and worked in several Human Resources roles during that time. She has extensive experience in all facets of Human Resources, including full cycle recruitment, benefits and employee relations. She is from Upstate NY but Florida has been her home since 1999. She resides in the New Tampa area with her 3 sons.